IBS, the Down Days and the Guilty Feeling 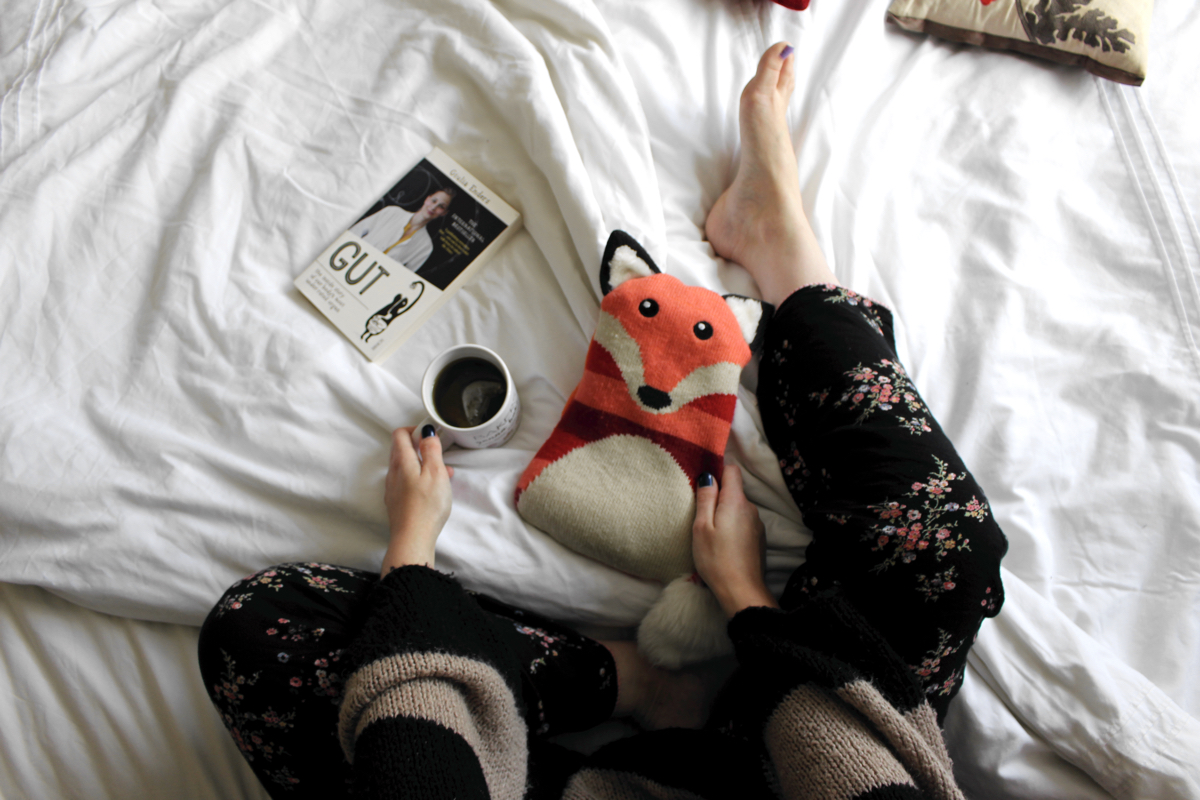 After a whirlwind trip to Dubai last week my body still seems to be playing catchup. I had bad anxiety the day we flew which led itself to a nasty IBS flare up which I’m still recuperating from. AKA the IBS down days. The ones where you’re so exhausted and lethargic that you can barely get out of bed. This weekend I felt the full effect of said down days and it sucked. Massively.

I had planned to get up early Saturday, film a YouTube video, catch up on blogging and then go out for one of my oldest friend’s 30th birthday celebrations. What actually happened was nowhere near as exciting. Instead, I peeled myself out of bed at about 10ish and rolled straight into Al’s snug dressing gown. That was that.

After beating myself up over the fact that I was so tired I wouldn’t be achieving anything on my list, Al persuaded me to spend my day snuggled on the sofa watching films. Something we rarely do during the day. Unfortunately my ultimate chill day was rudely interrupted by my IBS which had it’s own plan. Several trips to the loo and some bad stomach cramps later, and I was even more exhausted than before, meaning my evening plans were also cancelled. Gutted doesn’t even begin to cover it.

I spent the entire afternoon on the sofa, watched Strictly and then had an early night. Sunday I threw my tired body into full on TLC mode, applying a face and lip mask that I’d picked up in Sephora in Dubai Marina Mall, before settling dow no the sofa with a couple of films and my laptop.

While I still feel guilty over the fact that I haven’t filmed a video or written enough blog posts for the week, I full accept that every now and then I need to take some time to locater myself and fully recharge my batteries.

IBS is a funny thing indeed and lethargy one of the least talked about side effects but maybe one of the most visible ones. I look just as knackered as my body and bones feel. What I’ve learnt is that sometimes I need to be a bit easier on myself. I need to carve out some much needed TLC time every now and then and not beat myself up over it.

Calling my gut health crew, what do you do on your down days? How do you get yourselves out of the slumber?

Read More About My IBS Journey:

10 Things You Shouldn’t Say to Someone with IBS

10 Reasons I Want to Buy Me IBS Some Maternity Jeans

The Highs and Lows of Living with IBS

NEW VIDEO: IBS, Anxiety and Me

10 Things You Only Know if You Have IBS

Why I Need To Hang Up My High-Waisted Skinny Jeans

8 Things I Swear By To Help My IBS

Not Just IBS: My First Vlog on All Things Poo Taboo

Living with IBS: The Foods I Miss the Most

IBS, Anxiety and Me

The Empowering Feeling I Get When Speaking…

8 Things I Swear By To Help…

10 Embarrassing Things About IBS I’m Not…

Share:
PREVIOUS POST
"10 Things That Happened in September That Put a Smile on My Face"
NEXT POST
"I Dream That One Day, I’ll Be Able to Afford Me Some Chloé"

4 responses to “IBS, the Down Days and the Guilty Feeling”