The Reality of Making Your Own Probiotics 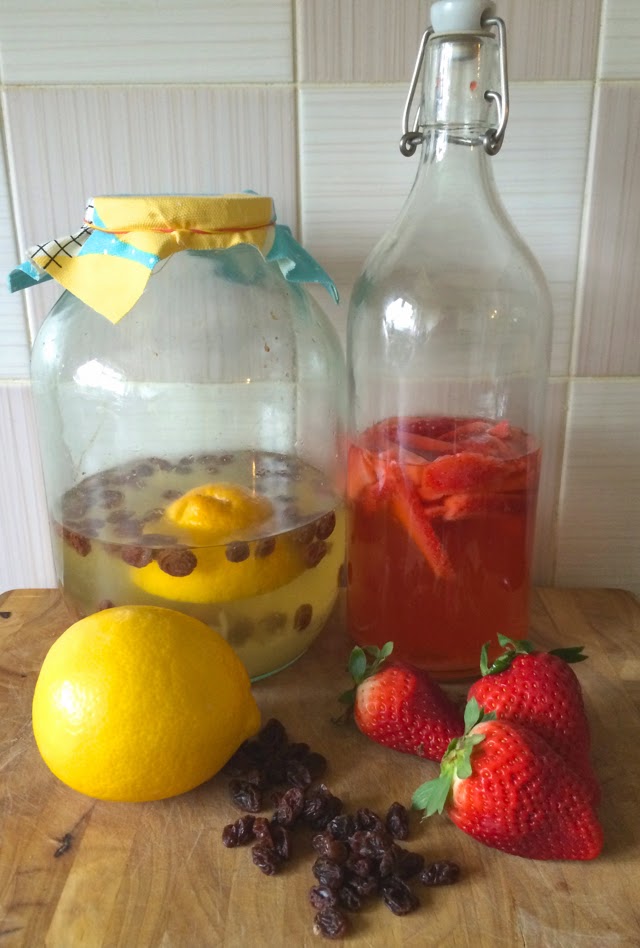 I’ve been brewing my own probiotics for a couple of weeks now and possibly wasn’t sure entirely what I was getting myself in to when I started. Today I thought I’d share my experience so far and weigh up the pros and cons of making your own.

Tackling My IBS Symptoms
I should start by saying it’s definitely helping tackle my IBS symptoms. I’ve been drinking around 30ml every morning, which is what I was doing when on my Symprove trial, and this has kept the majority of symptoms at bay. I’ve had a few glitches and a couple of bloated moments, but nothing major. This is definitely a positive result and a step in the right direction.

It’s Super Cheap to Make
You can buy the kefir grains for under a tenner and once you’ve got them, you just keep reusing them. All you then need is a couple of bottles, lemons, raisins and whichever other fruits you want to try. Simple.

You Can Flavour it How You Like
I’m currently adding half lemon and a handful of raisins to each brew and enjoying (I’m using that term loosely) the slightly sour but raisiny taste. I actually have no idea how to explain it. I feel like you need to watch my face react when I drink it. That’ll give you a better explanation.

It’s Satisfying
It’s really satisfying to know that you’re making something from scratch and that it’s having a positive effect on your body and health. And Al’s too. He suffers from bad cramps after eating and hasn’t had them since taking this.

Kefir Grains Need TLC
Water kefir grains need a fair bit of TLC. They need to be fed – with the sugar water solution – every 48 hours. That means every two days you have to empty the brew into a sealed bottle and either ferment for a second time adding fruit – at the moment I’m trying strawberries – or refrigerate and drink immediately, and then start the initial process again.I have no idea how I’ll look after these when I’m away for a long weekend in April. That’s next on my list of probiotic research.

I’m Making Shit Tons of the Stuff
I’m brewing around 500ml every two days. That’s a lot of probiotics right there. At the moment each brew get’s kept in a different bottle as I’m nailing the same flavour each time. If it tasted a little better I’d be more inclined to share amongst friends.

Controlling the Taste
It’s taking a while for me to get the taste spot on. I’ve had to pour away around three brews as they were so sour I couldn’t actually eat anything after drinking them. It’s a long and winding road but I’m pretty sure I’ll get there.

I’m in the middle of putting one brew through it’s second fermentation process (top right bottle). I wanted to add raspberries but could only pick up strawberries at a local market. I’ve added around three strawberries and am curious to know how much it changes the flavour. I’m imagining some kind of fruity carbonated juice. I’m aiming high. We shall see.

I’ll end by saying, that although sometimes rocky, it’s definitely been worth it so far.

Read More About My Struggle with IBS:

Making My Own Probiotics: The Brew Factor

What I Wear to Beat the Bloat