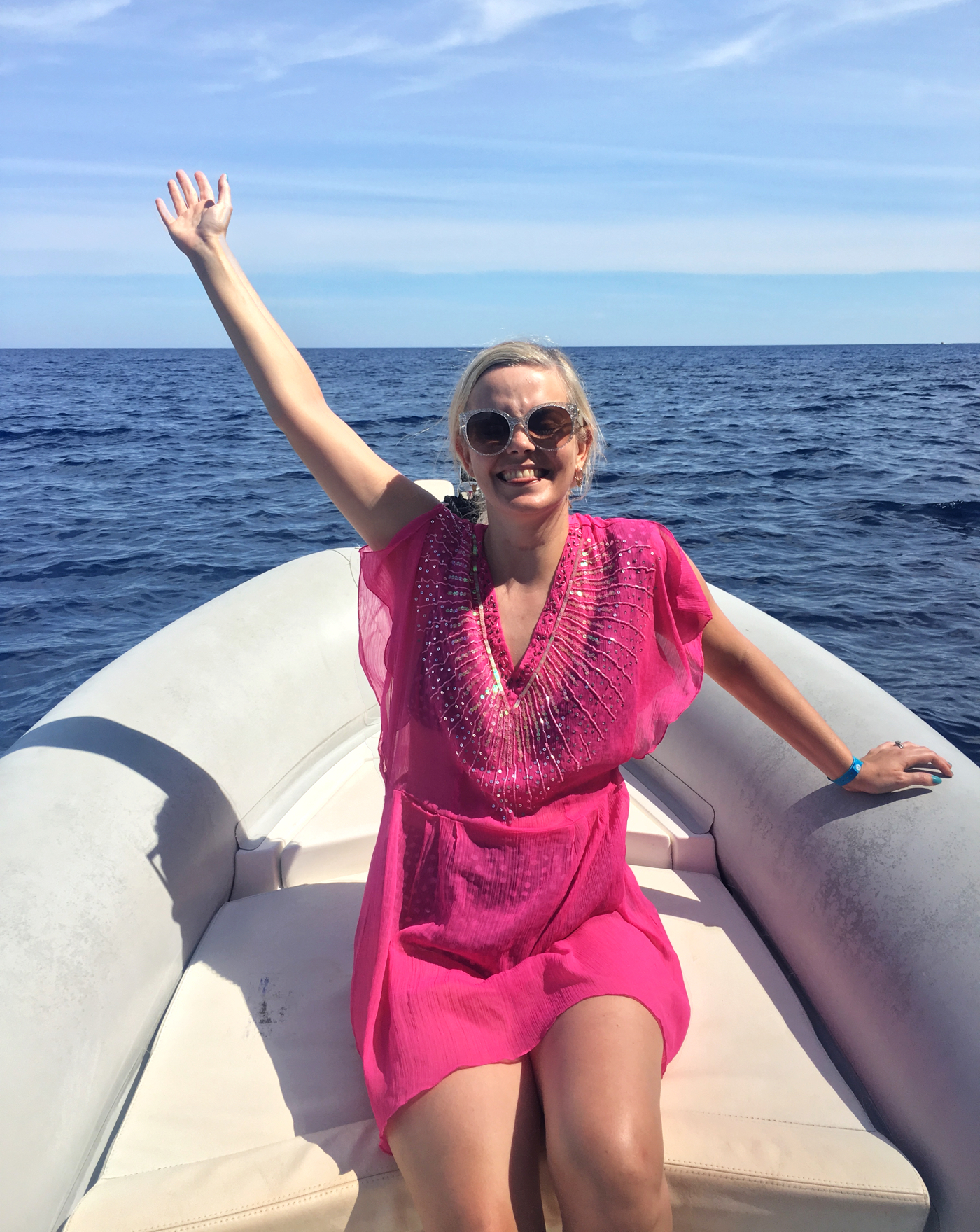 Can we take a moment to talk about the fact I spent 7 days in Italy, stuffing my ginormous gob with ALL THE GLUTEN. Capitals for extra emphasis. Seriously though, I hit every single breakfast, lunch and dinner hard. I forgot about my pesky IBS and ate whatever the hell I felt like eating.

I had a chocolate croissant for every breakfast. ohhhhh yeah. Apart from one day when I switched to one filled with oozing apricot jam. In your face lactose, you little bitch.

My daily double dose of the most delicious focaccia I’ve ever eaten. I mean damn did these chefs know the perfect amount of rosemary and sprinkle of salt to top it with. I’d have one square as a starter and then usually end up with another to mop up any leftover pasta sauce from my plate. I could have face-planted the tray with happiness every time the waiters would bring out a fresh batch.

I ate so much Parma ham I became half pig. Or at least I took on the appetite of one. Our holiday began to revolve around me sniffing out my next meal.

If there wasn’t a Caprese salad present at every meal I’d feel a little disappointed. My insides were beginning to transform into 33% Parma ham, 33% mozzarella, 33% tomatoes with that other tiny little percent being my organs.

But really, I want to talk to you about pasta. Glorious pasta. And I’m not talking about the gluten-free kind that I’ve been eating these past few years. HELL NO, GIMME THAT GLUTEN! The hotel had a dedicated hot pasta stand and I became very attached to it. I remember saying to Al maybe on day two of our holiday, after walking past the stand in lust, that I just had to try the pasta. That it’d be rude to come all this way and not go in for a nibble of spaghetti. It’d be offensive to my beloved Italians to ignore it so blatantly. I didn’t think about the worse that could happen with my IBS, deciding that whatever the end result, it’d be worth it. I’d take the chance. I’d go happy.

And so I set about gobbling up pesto spaghetti, anchovy pasta, pasta al pomodoro. Anything they had, I ate it. Minus the cheese because I’m not that crazy. That shit is my nemesis.

It was silky, delicate, smothered in gorgeous oil and simple but so, so satisfying. I told my husband, very seriously, that I was going to drag the chef from the kitchen, smother him in kisses and pack him in my suitcase to bring him back home. That’s how good it was.

Let’s not even discuss the half-a-loaf sandwich I ate while sitting on a picture-perfect beach, people watching. That was quite extraordinary.

As for the pizza we escaped the hotel for on our last night. I can’t even. I’d found the restaurant online before we left and checked with hotel staff that it was worth it, not wanting to be disappointed. I took great pleasure in ordering one topped with ham, black olives, mushrooms and artichoke and I can confirm it was the best €6.50 I’ve ever spent. 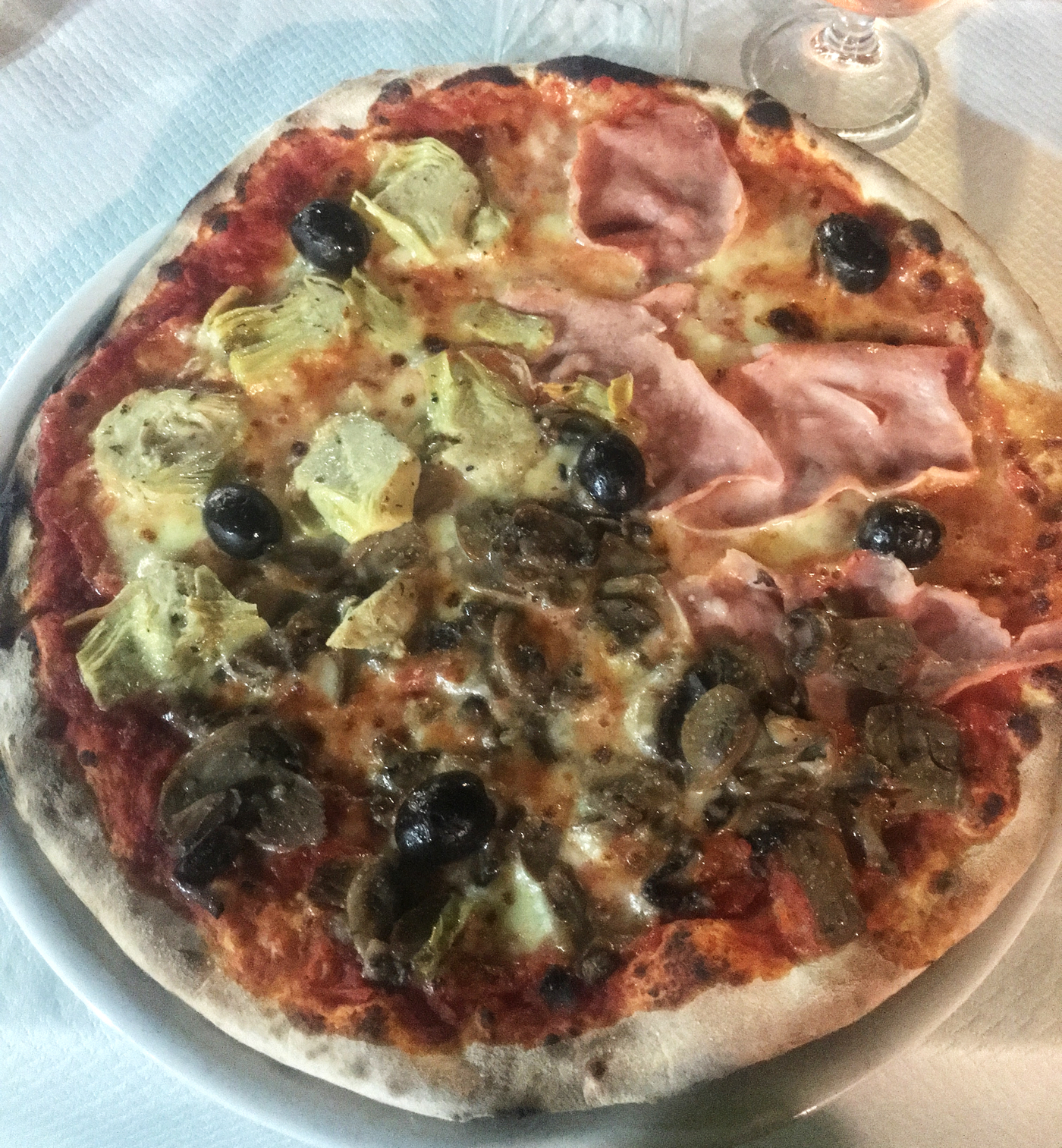 The quality of this snap is naff but the look of pure joy and the drool running from the corner of my mouth is very real. I pretty much licked the plate clean.

Do you want to know what’s really cool about this whole story? My IBS didn’t play up once. And that’s got to be because I didn’t have a single care in the world. Apart from when lunch was being served.

Now to re-introduce gluten back on home turf. I’ll keep you posted.

6 Bedside Essentials That Help Me Reach…

What I’ve Learnt from Writing the Highlight…

IBS, Anxiety and Me

Living with IBS: Vicki from Free From…