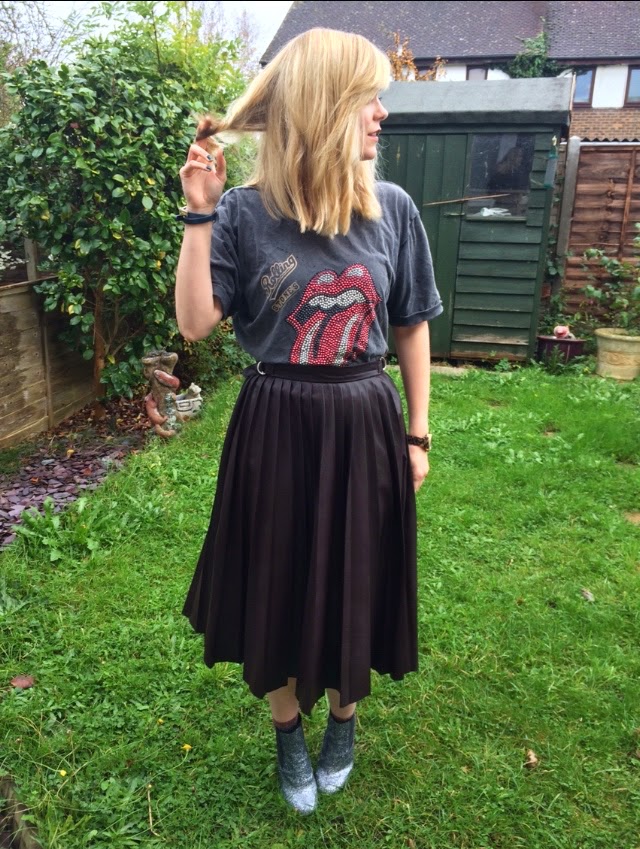 Twelve weeks ago I teamed up with Symprove to take part in a 12 week trial of their pro-biotic drink to see if it’d help ease my IBS symptoms.

This was a huge deal to me as I was at a point in my life where my symptoms had become unbearable, I suffered from at least one every day and spent the majority of evenings curled up in a ball, sobbing my eyes out due to the pain.

It’s been a long journey, not all of it seamless but by being honest and very open about my body, I feel like I’m helping to spread the word about IBS and, also helping others who are learning how to deal with it. This has inspired me to want to write about it more and explore other peoples stories for tips and tricks that I might not know. Expect way more on this subject. But for now, I really wanted to give some kind of final review looking at the difference now compared to 12 weeks ago.I should also make it clear that I’m not a medical expert, just someone who is trying new ways of minimising my IBS issues. I also want to point out that while my trial was free, I am not being paid to write or endorse the product, this is simply an honest review – just wanted to make that clear. I don’t put my name to things unless I believe in them.

Bloating
Then: I have three words for you on this one – 6 months pregnant. Constantly.

Now: I do still suffer from bloating if I eat a big meal or if I accidentally (and sometimes purposefully) eat something that I maybe shouldn’t, it’s just not as constant. I don’t always feel like I’m going to be offered a priority seat on the train, which I think is a plus. Kind of. I do think that it’s always going to be something I have to deal with and although I’m not happy about it, I’m learning to cope.

Stomach Cramps
Me and cramps have a love hate relationship. I hate them, they love surprising me. I’d like to say they’ve stopped completely but I can’t. They’ve definitely stopped being so frequent, which is a huge bonus. I’m scared to jinx it but would say that it’s gone from three times a week to once every three weeks, roughly.

Indigestion
Now this is a fairly new one for me. I was spared from this symptom before but ever since December I now get it. I also don’t know the best way to combat it, so any tips, let me know. I’m all ears.

The Movements
While I hate to have to cover this cringe-worthy topic we all have movements so we might as well just get on with it. I’ll spare you the gory details but will just say it’s better. Not so urgent. Not as often. Just better. Thank God.

Gas
I’m honestly not sure whether talking about gas is better or worse than bowel movements but I’ve come too far to stop now. Chances are if you have bloating or movements, you’re going to suffer from gas too. This for me is a complete mixed bag and normally dictated by what I’ve eaten or drank. Fizzy drinks and eating too quickly are just two culprits.

Everything Else
Let’s not forget the tiredness, the migraines (I’ve actually stopped my medication for these), achy body, feeling full immediately after eating and sometimes nausea – I’m happy to say these are all being managed much better than before.

Overall
Don’t get me wrong, I still have blips, hiccups, episodes, whatever you want to call them where I’m struck all at once by the hellish symptoms. There’ll be a rumble in my belly, a shooting intense pain in my stomach followed by some very impressive bloating and I know what’s about to happen is likely to ruin my plans and change my mood. I’m also aware that I’ve undertaken a big lifestyle change by trying to eliminate trigger foods and just generally being more healthy, cutting down the booze and knowing my limits in terms of tiredness. When all of these things are put together I feel like I’m finally on a good path to managing things. I would much rather keep doing these things than take seven tablets a day. It’s pretty life changing. Got any questions or future post ideas you want me to cover. Leave them below.

Thanks for your support.

Want it on Wednesday: The Perfect Summer…

Want it on Wednesday: These Chunky Heeled…

2 responses to “IBS Then and Now: My 12 Week Symprove Review”