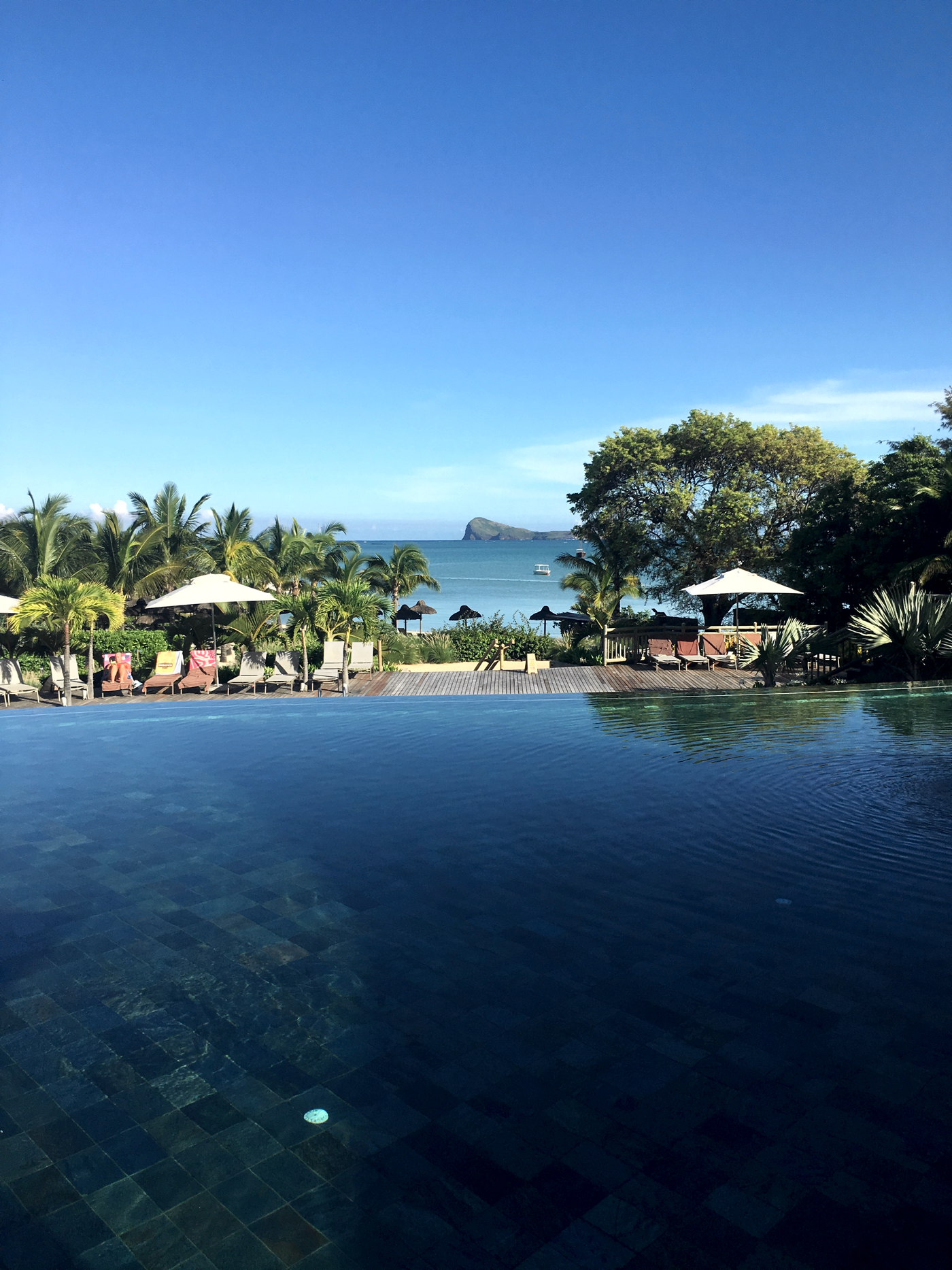 I don’t know what it is about Al and I that attracts freakish weather but we do. Hurricane Irma and the smaller José turned up at our September wedding in Antigua, and then we had cyclone Berguitta join our honeymoon in Mauritius.

Ironically we had joked with our families that it was cyclone season when we were going but that it was unlikely it’d happen. Oh how we’d laughed. That’ll teach us.

The cyclone was expected at the beginning of our stay and meant strong winds and A LOT of rain. We’re not ones to let the weather dampen our spirits, so took up residence in the main bar, overlooking the tiered infinity pool with a view of the Indian Ocean. We sipped mojitos and read. All day. It was a glorious start to the wind down my body often needs at the start of a holiday.

The resort, Zilwa Attitude Hotel, was prepared and not at all worried. By maybe the third day of our holiday the loungers had been moved, we had the security boat tied to two palm trees outside our bedroom, the outdoor restaurants had closed and it was wise to carry an umbrella out with you at night, while walking to dinner.

To focus on the positive, all the wind and rain meant the mozzies had a good five-day delay to their feast on my legs. Honestly, I had about 25 bites on them alone by the end of the trip. And that’s with the use of deet.

Travel bans were put in place, the airport closed, the amazing resort staff ended up staying at the hotel for three nights, I sent a mass text to our parents telling them not to worry, then Berguitta came and passed.

And as soon as she’d gone, the sun came. In all its sweltering, sweaty-bodied glory. The factor 50 came out, my new Gucci glitter sunnies perched on my little button nose, and so did my freckles. 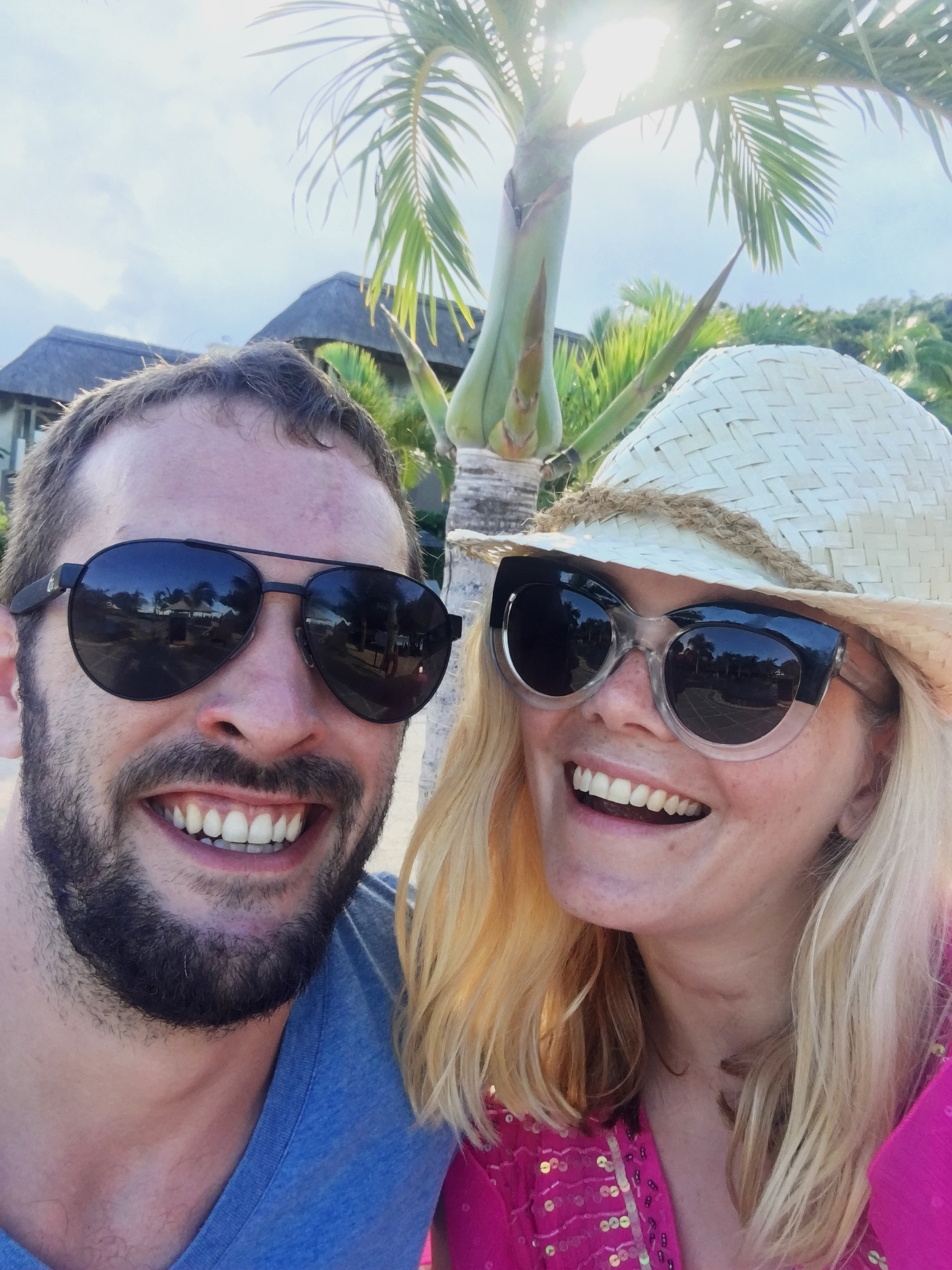 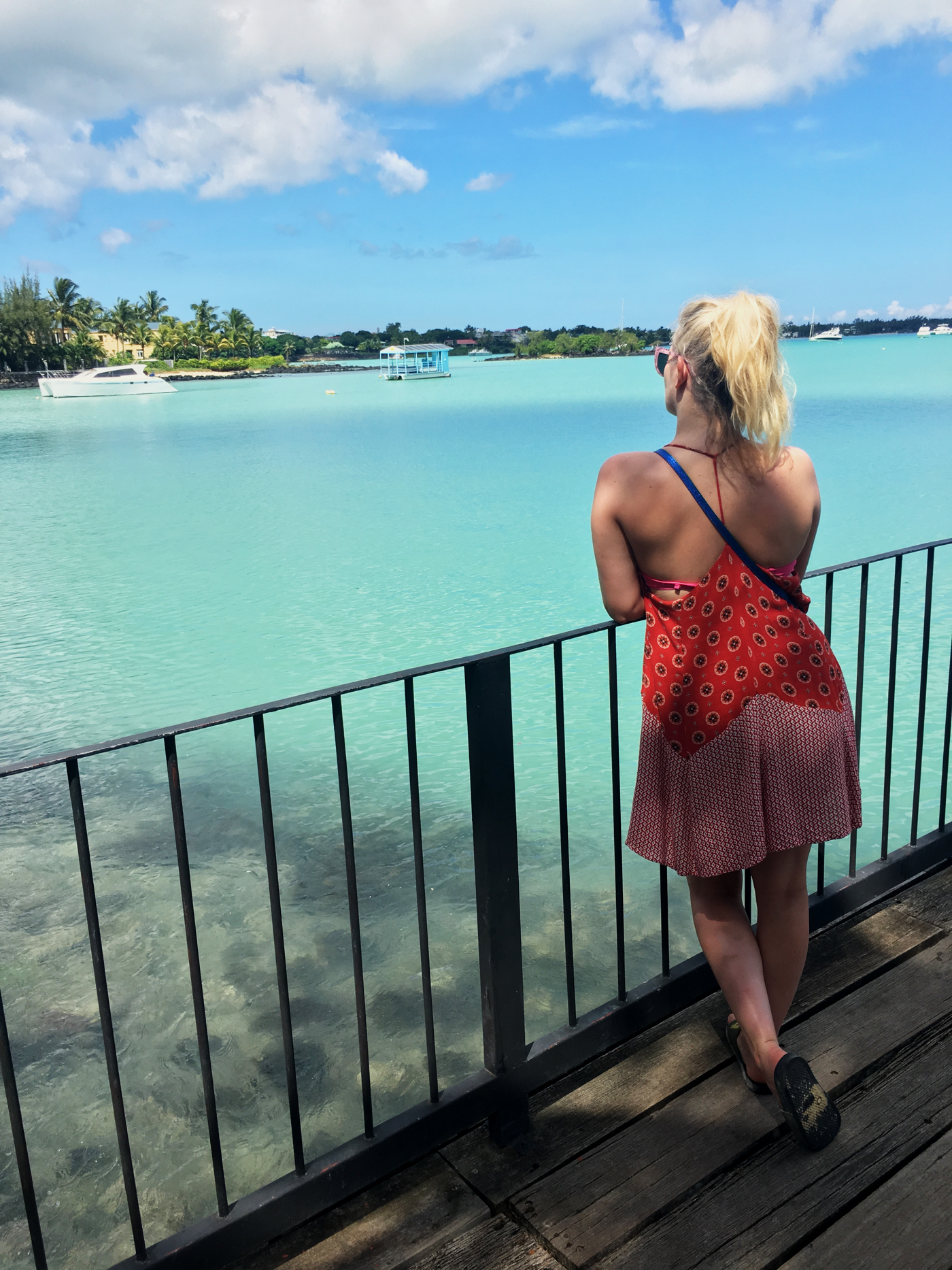 We haven’t been on a holiday just us, for two years, since Al proposed in Antigua. There was no stress, no constant need to please people, checking everyone was ok and having a good time, no last-minute anxiety. It was just us. And we allowed ourselves to be totally consumed with each other, rather than with our phones.

We sat and read five books between us. In the bar when it rained, by the pool when the sun shone and in our room when we need a 5-minute cool down. We had a couples massage, enjoying the whirlpool, hammam and traditional limb-relaxing Mauritian massage. We drank a lot of mojitos, ate a lot of seafood and Moolkoo, a local snack that I became very addicted to. We befriended the super attentive and friendly staff. We took a boat over to the little island attached to the resort and spent the day drinking rum from a cup and eating BBQ seafood. 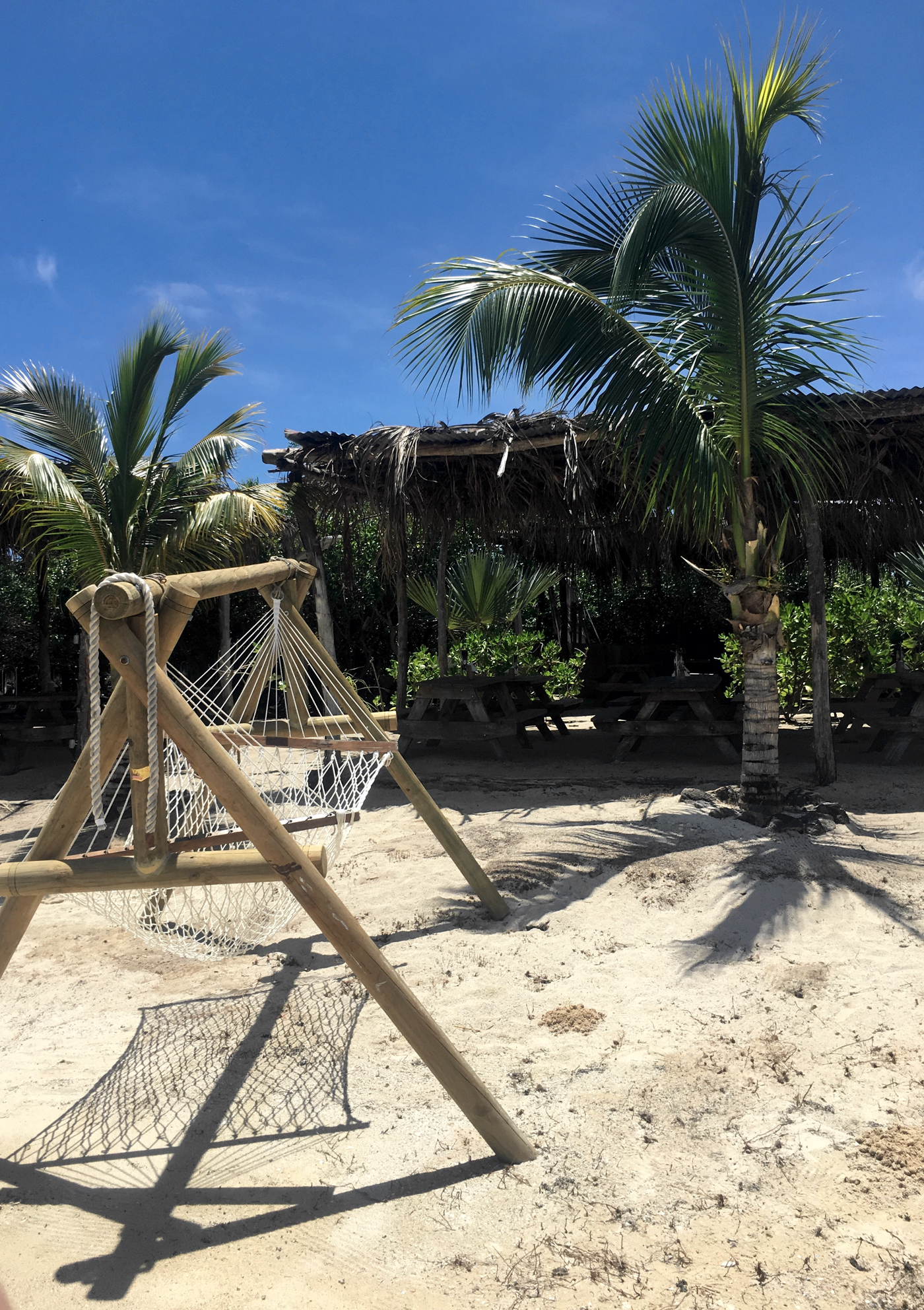 We joked about pitching a tent on the beach and staying there forever, taking in a couple of stray dogs we’d seen.

We hired a car and drove round from the north of the island to the south-west. We had a mooch around Grand Baie, admired the giant water lillie pads at the Pamplemousses Botanical Gardens before driving round some mountains on precarious roads to see the Charamel Waterfall and the Seven Coloured Earths. It was calming and mesmerising and even better than we had expected. We topped the drive off with two hours of hellish traffic in the capital, Port Louis, with mammoth downpours and a helping of thunder and lightning. 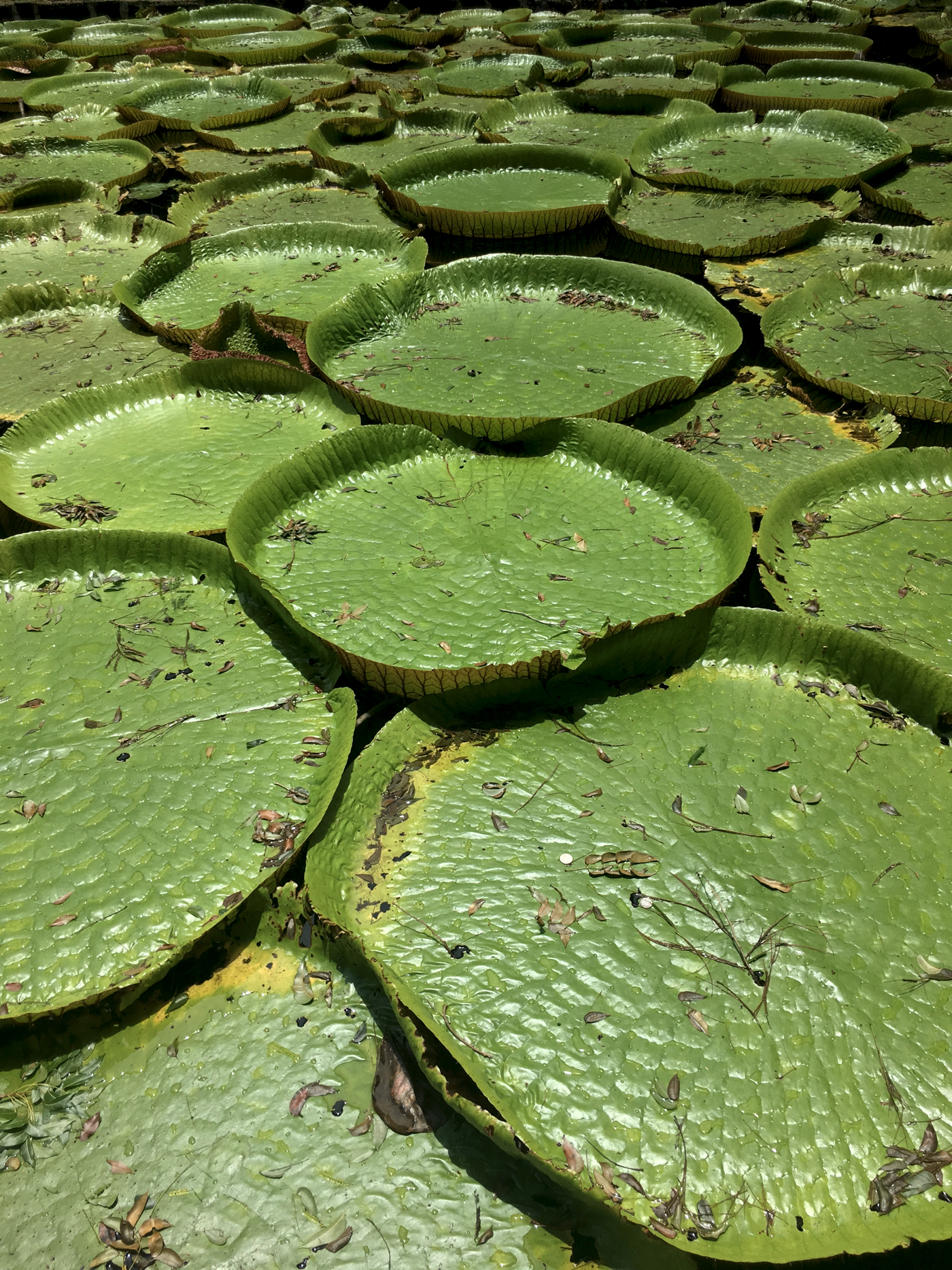 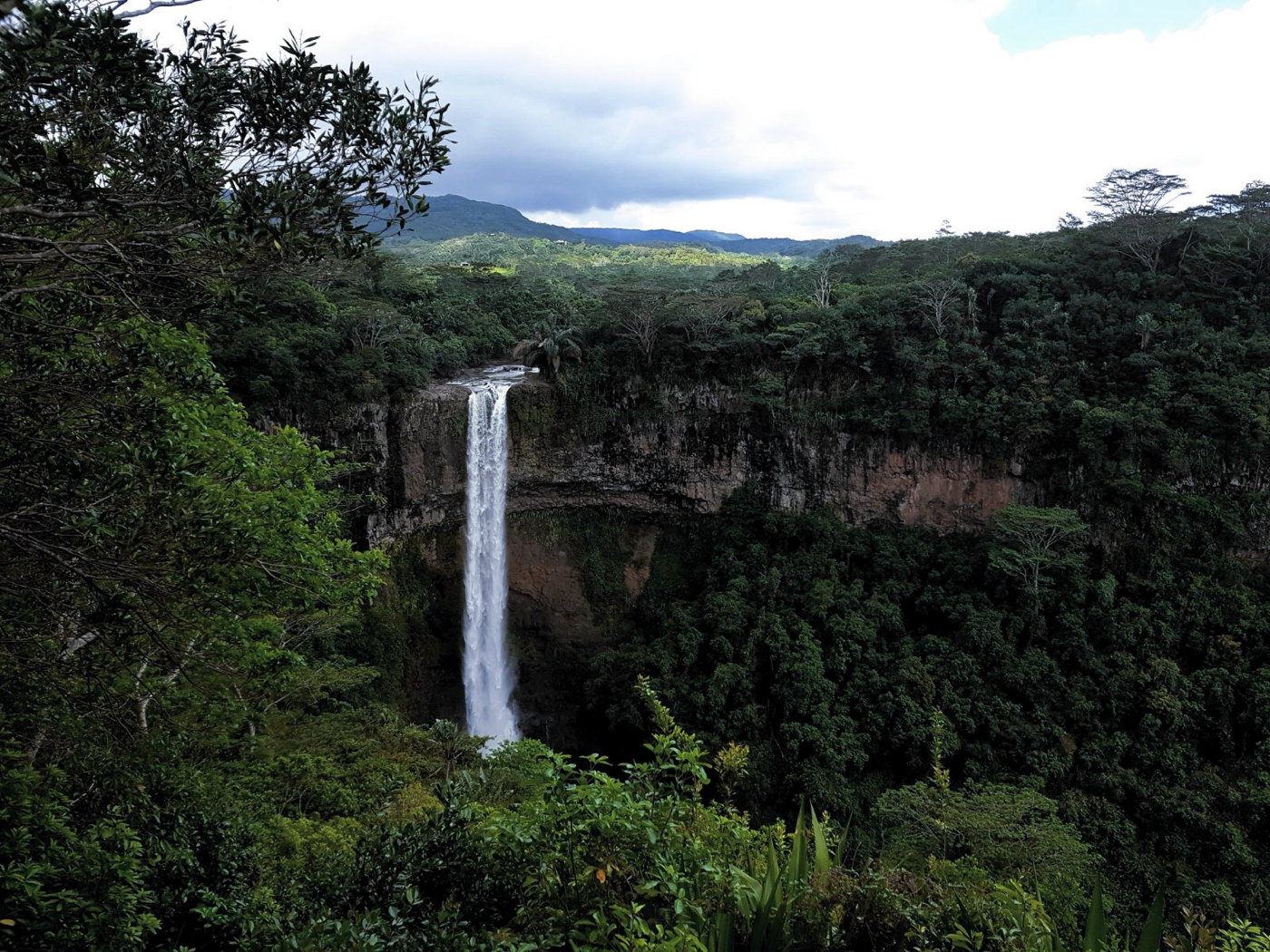 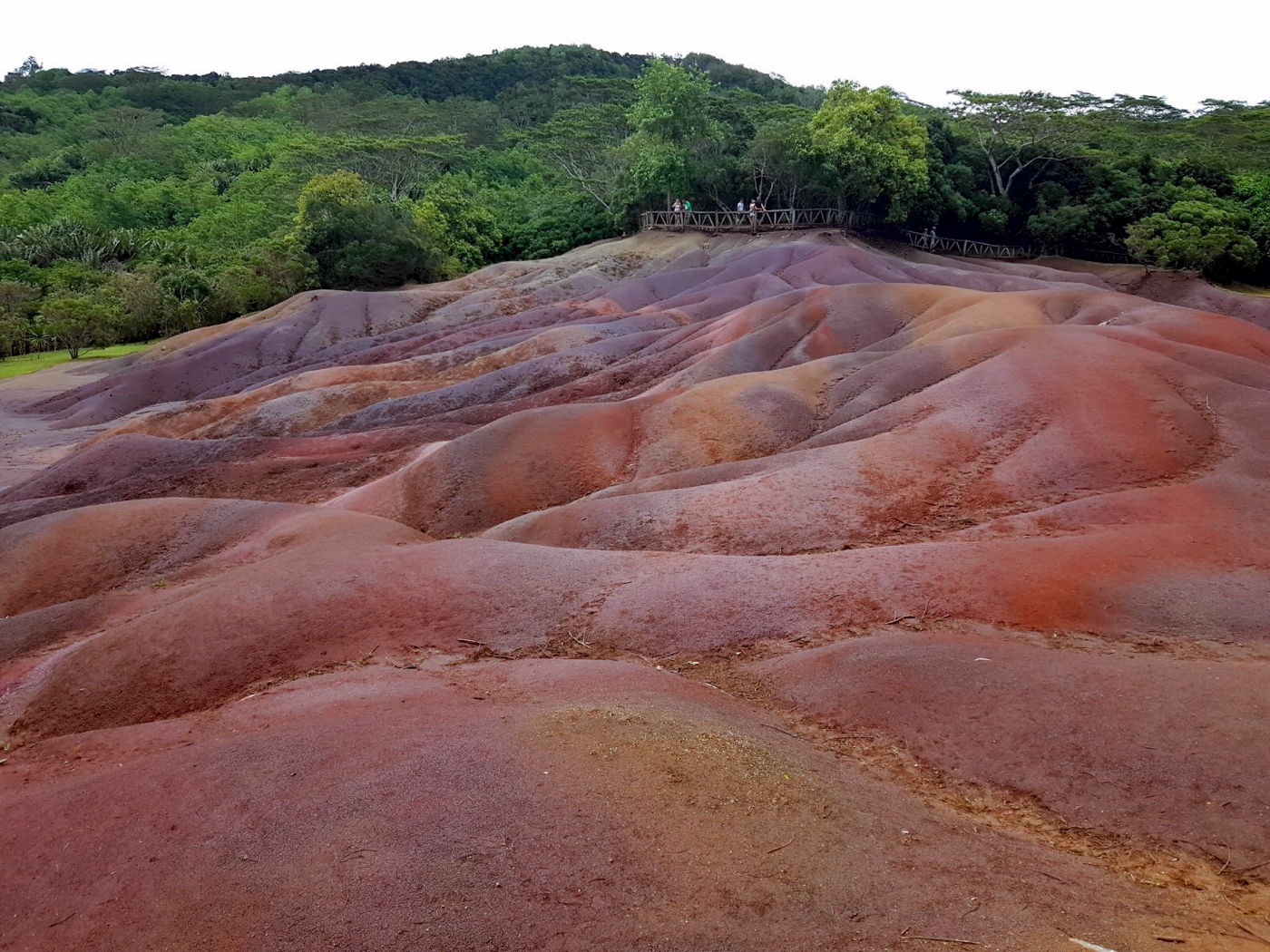 But what I really enjoyed the most was spending so much time with Al. The two of us. Deciding what drink we were going to order or whether we wanted to take a sail boat out – we did and we saw a stringray jump out of the sea! There was none of the boring everyday talk about chores; me not doing the washing up properly, Al leaving his pants everywhere… We made plans for the future, took in the breathtaking views and lived in that moment. 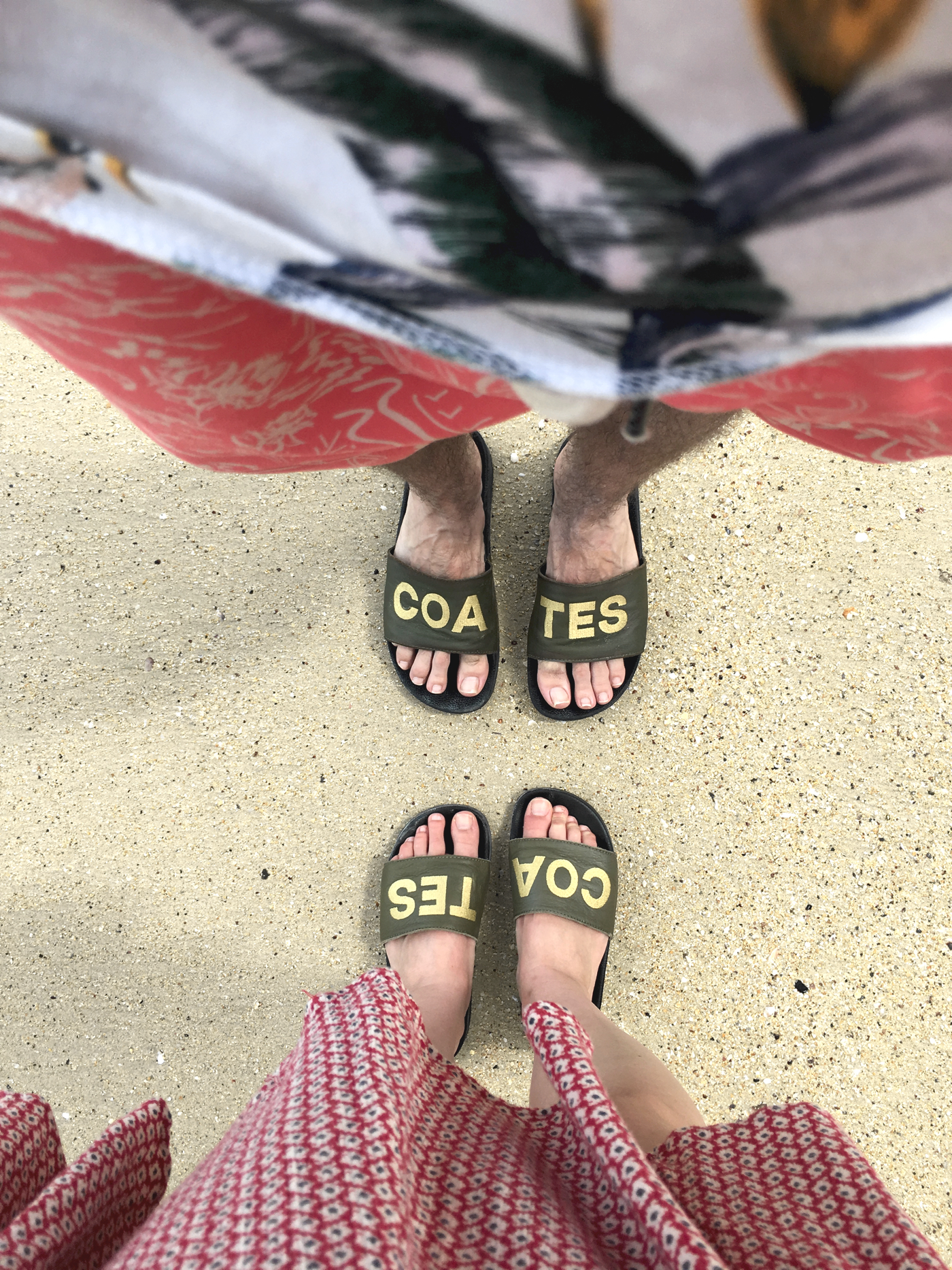 It was 10 nights of tranquil bliss that I wouldn’t change for the world.

We’ve decided that when babies do come our way, they will be called Irma José Berguitta Coates, because it’s got a little something to it. Lols.

The 10 Best Things That Happened in…

What Our First Year of Marriage Has…