Animal Print and Tassels Are My Two Favourite Things; Say Hello to My New Sandals 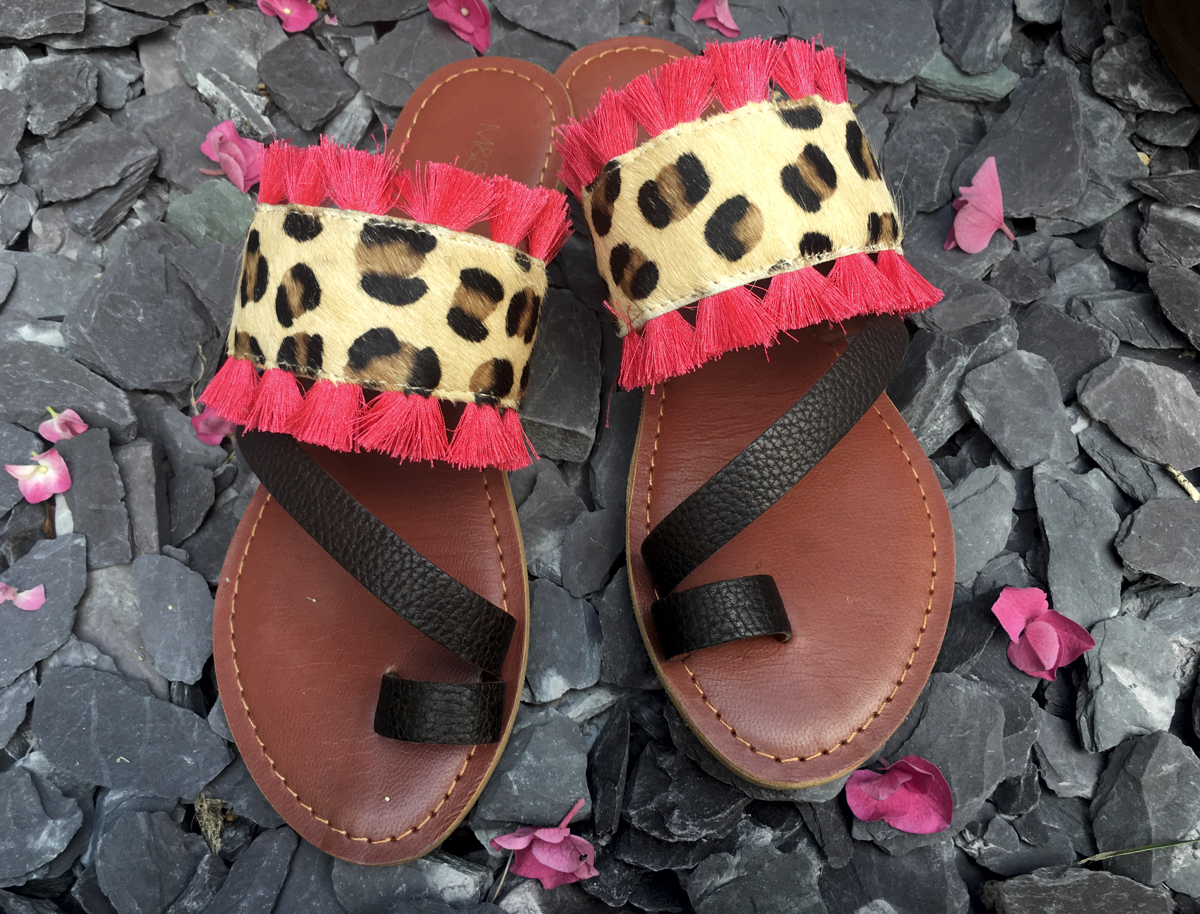 You know that feeling when you spot a fugly shoe and feel instantly that they were made for you and that it’d be a crime not to get them. I had that with these sandals.

You see, my four main sartorial loves in life involve animal print, sequins, tassels and pom poms. These sandals comfortably tick two of those boxes. Which is how they’ve ended up in my possession and on my feet.

In fact I received a call from my cousin while she was stood in Marks and Spencers in front of the shoes, saying that they were some sandals with my name on. After I laughed and told her if they were the ones I was thinking of I already had them, she remarked that she either knows me really well or that I’ve become predictable. Both of which are true.

They’ve received both compliments and abuse, and I’m open to that. I like how they’re bold enough to demand attention.

I don’t even mind how naked and exposed they make my toes look.

2 responses to “Animal Print and Tassels Are My Two Favourite Things; Say Hello to My New Sandals”