5 Reasons Why Kate Upton is My Girl Crush for 2013 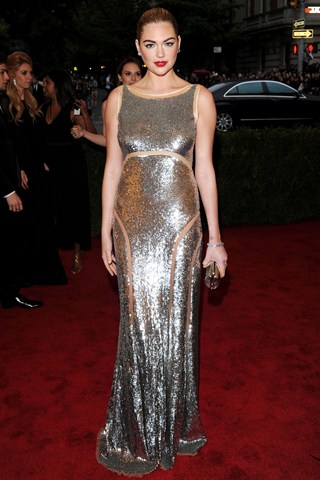 Expect to hear the name, Kate Upton, on everyone’s lips this year, if not already. At only 20 year’s old she’s already breaking the ‘norm’, bringing her sexy, swimwear-covered curves into the high fashion arena.

1. She represents every woman out there who has curves and should be proud of them. To be a swimwear model you usually have to have boobs and a butt, after all you need to have something to fill the swimsuit with, right? Well Kate has just that. At 5ft 10in and a size 12 she oozes confidence and pure sex appeal. She isn’t apologetic for her size and she rocks an Azzedine Alaïa white dress on the cover of Vogue’s January issue just as well as she rocks a tiny bikini on the cover of Sports Illustrated.


For me, someone who struggles to accept my own weight changes, it’s refreshing to see someone so, well, normal. My weight’s always fluctuated and I currently find myself between a 10-12 depending on how my hips and thighs are feeling on that particular day. I’m very self critical and often obsess on the way I look. Kate Upton, as silly as this sounds, makes me feel more positive. You have to learn to love what you’ve got and work with it not against it.

2. She crossed the line from commercial swimwear model to high fashion. It’s extremely rare for commercial models to ever break into high fashion but she has. Having been dressed by likes of Michael Kors and Joseph Altuzar (who love her figure) and shot for the cover of January’s UK Vogue, 2013 is looking very promising.

“It’s very rare for a girl to move from one area of the business to the other, largely due to the fact that fashion models are without curves, whereas swimwear models are celebrated for them.” Said Alexandra Shulman in her January editors letter. “When I decided to shoot Kate for our first ever cover of 2013, it was to kick off the year with a young woman who is not a stereotypical fashion model – although, let’s face it, she’s hardly a heffalump!” Well said.

3. She rocks a good sequin. Being the magpie that I am, this is one of my favourite outfits that Kate has worn out. It’s from the 2012 Met Ball where she wore this shimmering beauty of a Michael Kors dress. It even had sheer sections running up the length of her legs drawing your eyes up her fabulous figure. She’s vamped it up with a dark eye and blood-red lip. I swoon.

4. She is an award winning equestrian and has five world titles to her name. Need I say more here? This is pretty cool.

5. She makes videos like this on YouTube… and receives over 12 million hits! This further proves she doesn’t take herself too seriously. However, if I did the Cat Daddy dance, I would look more than ridiculous.

Read this interview with Robert Sullivan from American Vogue to find out why the fashion industry has a new ‘it’ girl.

Do you have a model of the moment?

An Ode to My Mum

Share:
PREVIOUS POST
"How I Wear Sequins… Over Christmas (To Distract From My Overindulgent Feasting)"
NEXT POST
"Want it on Wednesday: The Cambridge Satchel’s Metallic Range"