5 Reasons I Hate Wearing a Bra 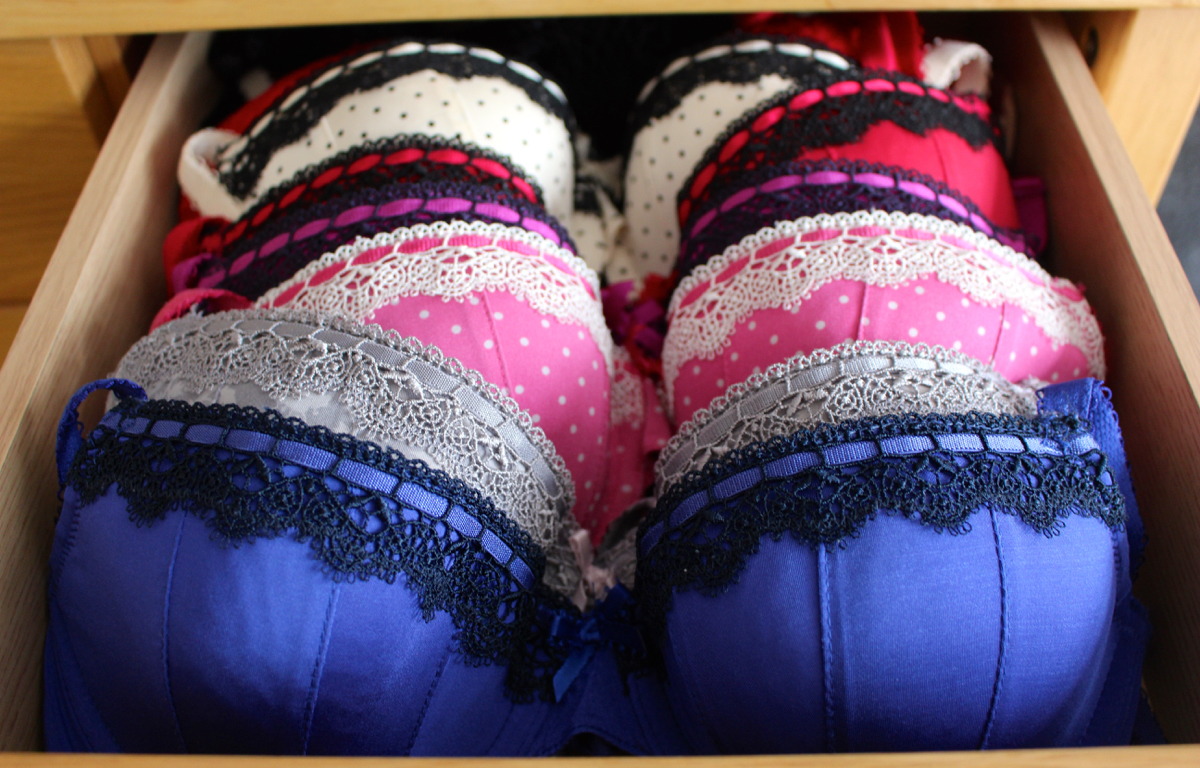 Boobs, bazookas, tits, breasts, jugs, breasticles, melons, hooters, knockers, baps and Bristols. Whatever you call them, we’re all familiar with dressing them. As a founding member of the small-boob club, I can proudly say that if I can get away with going braless, I will. I absolutely hate wearing bras and all the feelings, problems and struggles that come with them.

Bra shopping in general is a traumatic process. In fact, I’d say it’s the work of the devil. You walk into a department store faced with all the options under the sun; padded, cleavage enhancing, sports, t-shirt, I could go on. Not knowing what size you might be, because this of course differs from store to store, means you have to get fitted. The process of standing there in a changing room in your bra and jeans, muffin top on show, to be told you’re actually wearing completely the wrong size and that your boobs would look tons better in a balconette or a plunge. And that, ladies and gentlemen, is the start of where my hate with bras starts…

I don’t understand why there isn’t a universal sizing which is applied to any bra-selling establishment. This would make life so much easier. I can be a 32B in one shop and a 30C in the other. My brain will automatically take me to the second option because obviously it feels better.

The Point of Underwire

I avoid any clothes that try to restrict me, are likely to irritate my skin, or will have me tugging at them all day in an attempt to get comfy. Underwires are the bane of my life. I get that they’re meant to provide extra support, which is why all of mine have one, but I have a feeling that I don’t really need it. It’s not as if my knockers are down to my knees and need elevating. It pains me how many of my bras have reached for an early grave because the underwire has had enough and tried to escape into my armpit.

Bra Imprints When You’re Not Wearing a Bra

Is there a better feeling than getting home from work and immediately rushing to take off your bra. That huge relief when you’ve undone the clasp and freed your boobs from their boulder holders. I’ll be honest, it’s one of the highlights of my day and what I look forward to after a long commute. That and guac and chips. Although this feeling is instantly halted when you look down and release that you look like you’re still wearing one, as you’ve been left with suspicious imprints that can last for hours. It’s bra payback for having to deal with my whining.

That Feeling of Being Restricted

I feel the same sense of entrapment about bras as I do roll necks, corsets, 50s-style dresses and body con. When I wear any of these items I feel like my moves are restricted, I can’t breathe properly and I’m generally not as free as I like to be. Which is why you’re never likely to see me wearing any of the above unless I’m forced to against my nature or it’s a dare. Because I never turn down dares.

To this day I still don’t fully understand the point of strapless bras. I own two, one black and one in a pretty cream, but in all honesty, they don’t actually do anything for me. My boobs are small enough to stay where they should be without the help of a couple of cups propping them up. Especially as I spend the majority of my time when wearing one, hiking it back up to its correct place and experiencing the strapless saggy-boob syndrome that it brings with it. Ugh.

Miley Cyrus I salute you for being bra-less wonder.

And yes those are my bras. Let’s just say if the shoe fits, buy it in all the colours. Ok.

3 Ways to Wear a Midi Skirt

So…It’s been a while

2 responses to “5 Reasons I Hate Wearing a Bra”