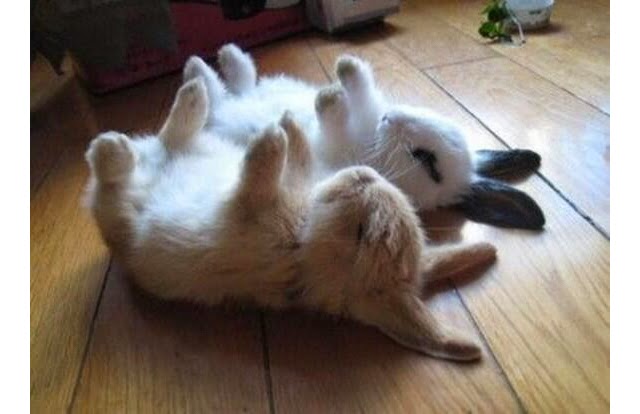 For a long while now, Al and I have been talking about getting a pet. In an ideal world we’d own a Westie called Snoop, who when entering a room would bop along to the D.O. Double G.  In reality neither of us are home during the day which would just be unfair to poor Snoop. Instead we’ve been talking, for around two months now, about becoming proud owners of a rabbit (or two) and not the type that you can get with batteries from Ann Summers. We’re talking actual furry little bunnies here people.

We had a beautiful Dwarf Lop, RIP Flopsey, when I was a kid and although I didn’t clean his hutch like I promised (show me a kid who does) I loved him dearly. We then moved onto Guinea Pigs, equally adorable making the cutest of noises. Again RIP Bubble, Squeak and Butterscotch, and again I didn’t clean the cage (I’m sorry mum), so I already have a love of the small fluffy blighters. I understand their needs, I know how brilliant they are as pets and they’re just so cute.

Which is why I’ve been checking out bunnies up for adoption. I figure, rather than do this for purely selfish options picking the cutest one straight out the store, we could give a happy home to one or two that actually need it for whatever reason. I’m finally giving something back, my mum would be so proud. However, other than my boyfriend Al, no one seems to think this is a good idea – I’ve matured now mum and can totally look after another living being other than myself, ok.

I’m 28, I’ve got a job and responsibilities, I even have a mortgage, so am totally capable. Just to double check we’re up for the job, I’ve been making pros and cons notes on my phone. If we’re going to do this, than goddammit, we’re going to do this properly, with fancy hutches and everything.

For me the pros easily outweigh the cons, but I am trying to be realistic with their needs and making sure we can offer them everything they’d want. We’d be looking at getting two as this is how they’re usually re-homed from adoption centres as they’re extremely sociable animals.

So any rabbit owners out there (again not battery operated) hit me in the comments with any tidbits I need to prepare with. Help me plead my case your honour.

In the meantime, I’ve only gone and made a cute bunny Pinterest board…

Cleaning out the cobwebs…