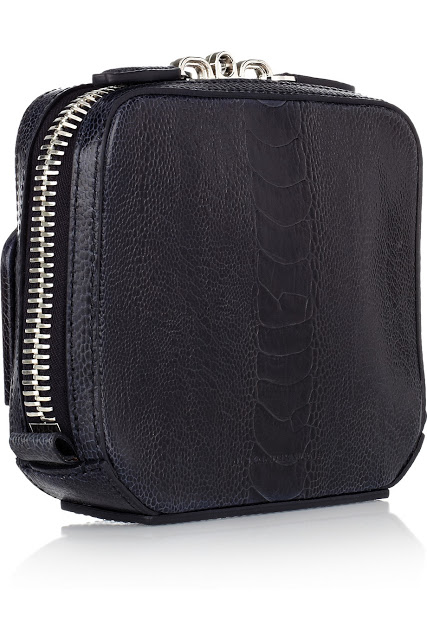 Alexander Wang features A LOT on my blog.

Maybe I have a thing for Alexanders. Wang. McQueen. Coates… aka the not-so-new boyf. If only I could get him to whip up a lizard print bag or two I’d be in a much better place.

This time round I’m drooling over this Alexander Wang Adriel lizard-effect clutch.

When I first spotted it, I actually did think it was a McQueen. It has similar qualities in the structured shape and the ringed clasp.

I love the deep midnight blue, the obvious nod to my favourite print (animal) and the real boxy shape to the clutch.

I can’t call this a bargain at £180 but I can say that’s cheaper than the original £400, and that’s something right?

Here’s hoping my Alexander reads this…

3 Embellished Shoes Your Feet Want to…

The Red Midi Dress That Makes Me…